I’ve got a new Paris art novel for you: A Paris Apartment by Michelle Gable (St. Martin’s Press 2014).

It all began with an amazing but true story of a long-lost Boldini portrait of a woman named Marthe de Florian, pictured below. 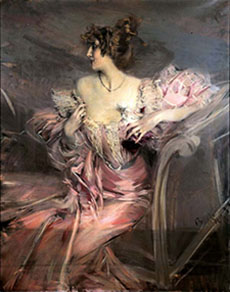 In 2010, the London Telegraph reported the fascinating true story about an abandoned Paris apartment. When estate representatives entered the dusty apartment, it had been untouched for 70 years. They discovered roomfuls of antiques and what appeared to be a previously unknown portrait by the Italian painter Giovanni Boldini. It turns out the woman in the portrait was Marthe de Florian, who had lived in the abandoned apartment back in the 1890s. A love letter from Boldini to de Florian confirmed the painting’s provenance and a record-setting auction followed.

Marthe de Florian’s apartment in Paris, abandoned by her descendants in 1940, reopened in 2010. (Source: michellegable.com/2014/04/finding-inspiration-moving-forward )

It turns out that Giovanni Boldini was a friend of John Singer Sargent’s and they traveled in the same Paris art circles. As Gable reveals in the book, Boldini took over Sargent’s art studio on rue Notre Dame des Champs after Sargent abandoned Paris in favor of London. Boldini’s style is similar to Sargent’s, but perhaps even bolder and more stylized. He was, as Michelle Gable says in the book, known as “The Master of Swish.” 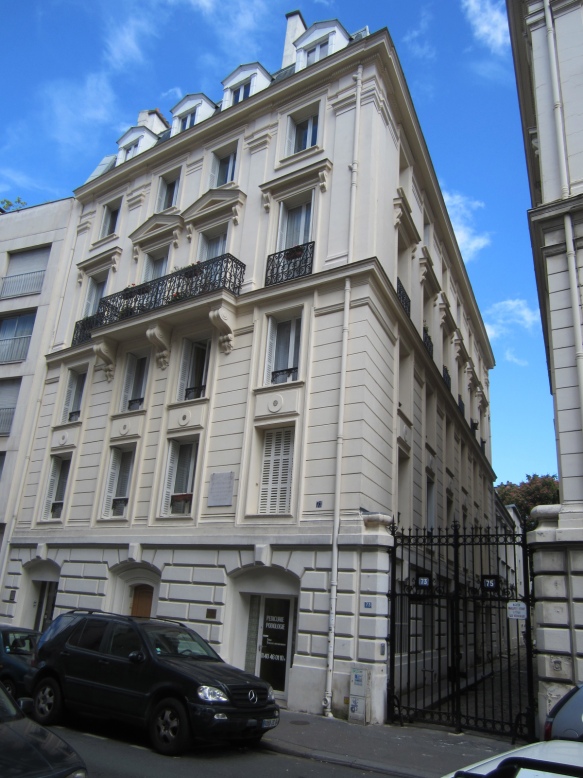 But who was this Madame de Florian? We know that she was an actress and demimondaine who modeled for Boldini in a scandalously seductive pose. She lived in a lovely Paris apartment in the 9th arrondissement. She had at least one descendant who lived in the south of France and who cared little for the remnants of her grandmother’s life. But the limited information available about her just makes you want to know more. Wouldn’t it be great if she had left behind a diary, telling us the secrets behind this mysterious life?

Thanks to Michelle Gable, that’s exactly what we get in A Paris Apartment. Marthe de Florian’s fictional diaries are rich, engaging and completely alive. Gable conjures up a woman who started as a bartender at Les Folies Bergères (I couldn’t help but picture her just like the bartender in Manet’s famous painting, including the dress and the jewelry). It was well known at the time that many of these bartenders were semi-prostitutes who supplemented their earnings at the bar with gifts and income from their customers. Michelle Gable’s Marthe de Florian knows just how to target the wealthiest customers, and soon she is living in a grand Paris apartment and wearing the most fashionable clothes.

Michelle Gable’s Marthe fully enjoys the demimonde lifestyle, sipping beer or absinthe with bohemian artists, writers and dandies, including Boldini, Singer Sargent, Proust, Zola, Dumas and the Count de Montesquiou. We even have an appearance by Victor Hugo’s granddaughter Jeanne. Like Marthe de Florian, many of these real-life characters posed for Boldini portraits, including de Montisquiou, Jeanne Hugo and Singer Sargent. A quick look at each of these portraits can really add to your enjoyment of these historical passages of the book.

Giovanni Boldini,  Count Robert de Montesquiou (1897), Musée d’Orsay.  As Madame de Florian says in her fictional diary in the book: “According to Montesquiou, Boldini positively insisted on the inclusion of Le Compte’s beloved turquoise-handled cane in the portrait. He ordered Robert to hold it up near his mouth and gaze at it fondly, as one might an old lover one was glad to see again.” 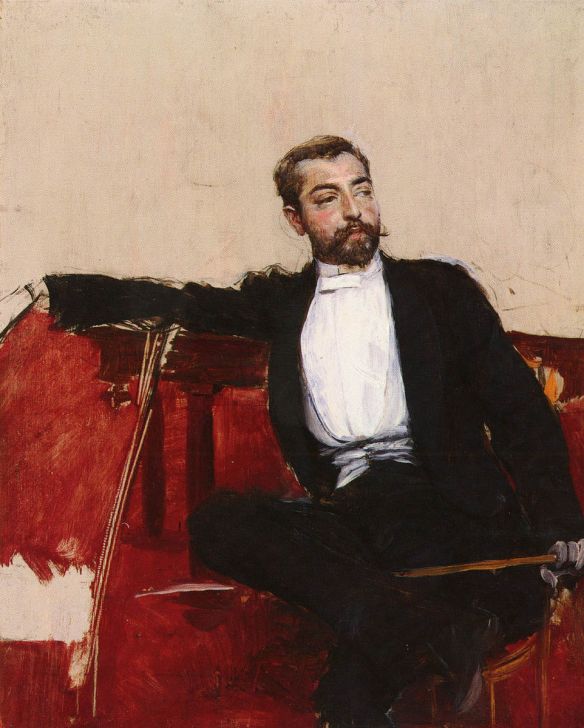 In addition to the story of Marthe de Florian, there is a parallel modern-day story of April Vogt, an American furniture expert from Sotheby’s who is called to Paris to help prepare the contents of the apartment for auction. Although these chapters might feel a little  “rom-com” predictable to some, they offer fascinating insights into the world of art world auction houses and estate sales, and add another layer of interest, romance and fun Paris scenery to the novel. One of the highlights is when April attends a traditional bal des pompiers (Fireman’s Ball) with an attractive French lawyer on the night before Bastille Day. I’m picturing the movie trailer already!

Related Reading: I Am Madame X by Gioia Diliberto