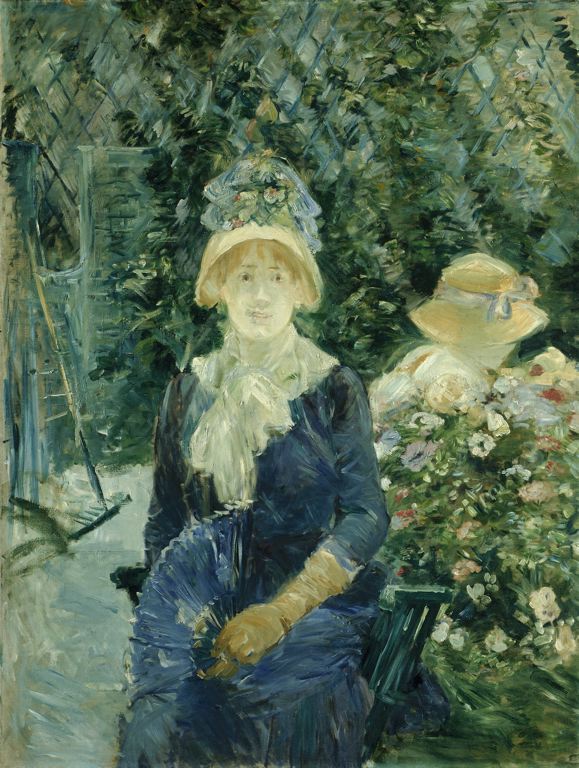 This lovely Berthe Morisot painting once traveled from Chicago to Paris, just like me. It was included in the Berthe Morisot Exhibit at Musée Marmottan in 2012.  It had been loaned out by The Art Institute of Chicago.

This exhibit represented the first major retrospective of Berthe Morisot’s work in over 40 years. There were over 150 works, including paintings, pastels, watercolors and drawings, gathered from museums and private collections all over the world. Some you might have seen before, whether at the Marmottan or the Musée D’Orsay, but there were some you may never have the chance to see again. The effect of seeing so many of her works together, in such a beautiful setting, is just plain stunning. Once in a lifetime perhaps.

But the exhibit offered much more than that. Together, Morisot’s collected works told the story of this remarkable woman’s life, from her earliest years as a copyist at the Louvre to her final years as a celebrated Impressionist and devoted mother.

In the Exhibition Catalogue you can find the details of Morisot’s life right alongside her paintings, all in chronological order. You can follow Morisot as she moves from home to home in the 16th arrondissement of Paris, from her parents’ homes at 12 and 16 rue Franklin, to her last home as a widow at 10 rue Weber. Aside from her travels and her summers in suburban Paris, she spent her entire life in the 16th.

In fact, Morisot painted Woman in a Garden during the period she lived on rue Villejust, now known as rue Paul Valéry. Her home still stands today, with the same garden that she once could have painted in.

Morisot lived at 40 rue Villejust (40 rue Paul Valéry) from 1883-1893, during her marriage to Edouard Manet’s brother Eugene. They lived on the first floor and her mother-in-law lived on the second floor. Morisot hosted weekly salons where the Impressionists hung out. As Renoir’s son Jean said in his father’s biography: “In Berthe Morisot’s day the Manet circle had been one of the most authentic centers of civilized Parisian life. . . . It was not just intellectuals one met at Berthe Morisot’s, but simply good company. . . . Berthe Morisot acted like a special kind of magnet on people, attracting only the genuine. She had a gift for smoothing rough edges. ‘Even Degas was more civil when with her.’ “

After her husband Eugene died in 1893, Morisot and her daughter Julie moved out of the rue Villejust home.  In 1900, Morisot’s niece Jeannie Gobillard and her new husband, the French poet Paul Valéry, moved in. 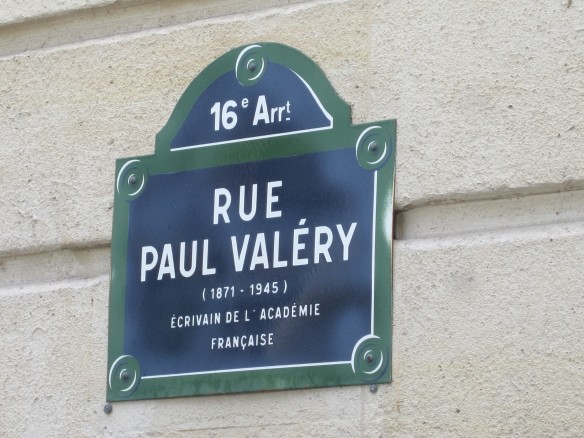 rue Villejust was eventually renamed rue Paul Valéry. It is located in the northern part of the 16th arrondissement, not far from the Bois de Boulogne.

This was once Berthe Morisot’s private garden. It resembles the setting for Woman in a Garden, but Morisot also spent time at a suburban country home, so we do not know if this was the setting for the painting. I would like to think so, because, well, I was there. When the construction on the house was completed in 1893, Morisot’s husband planted the flowers and plants in the garden.

I love the green lattices in French courtyards. They certainly make for a beautiful background in Morisot’s painting. 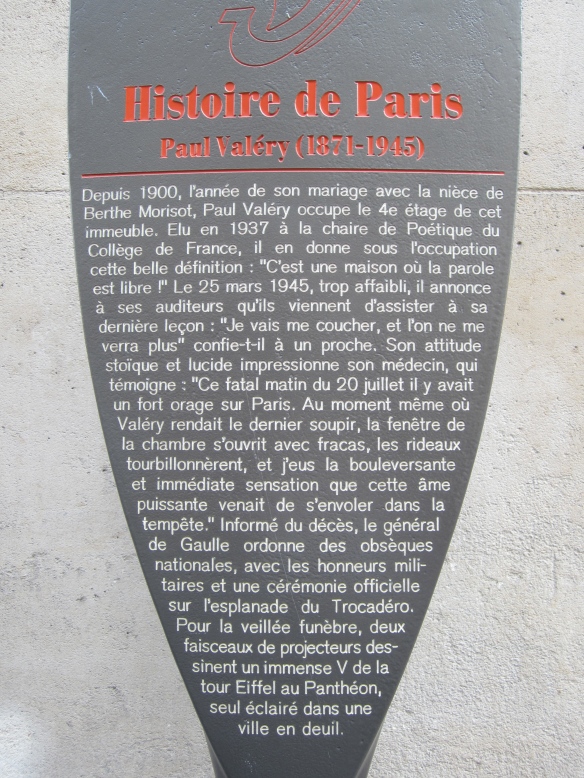 I must admit I was a little disappointed with the historical marker at 40 rue Paul Valéry. Its only reference to Berthe Morisot? Paul Valéry married her niece. That’s it. Every other line is devoted to Valéry. 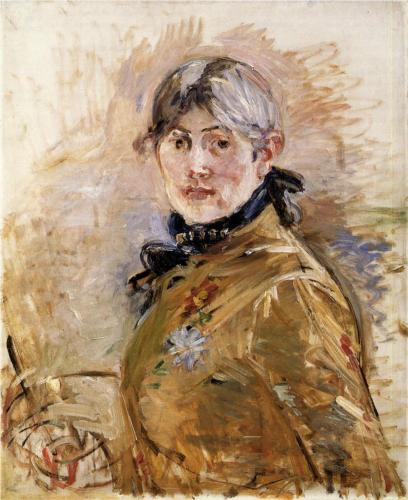 Berthe Morisot, Self-Portrait (1885). Morisot would have painted this in her home on rue Villejust, where she had no separate art studio. She managed to balance her career with motherhood by merging her home life and her painting life. 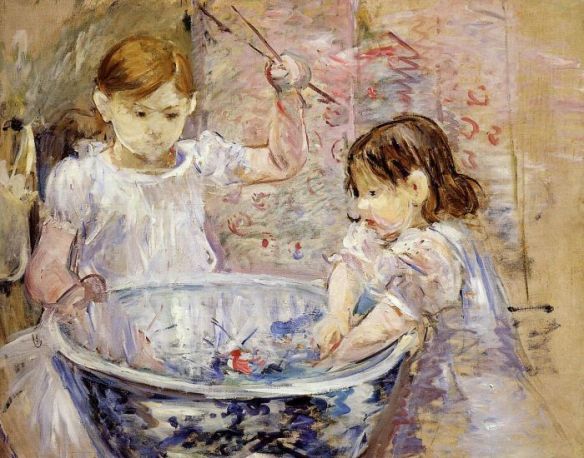 I admire Morisot’s skill and patience in being able to capture these busy girls (her daughter Julie age 8 and the concierge’s daughter, Marthe Givaudan) playing with goldfish in a valuable bowl, which was a treasured gift from Morisot’s brother-in-law Edouard Manet. The home as studio, yet a comfortable place where kids can be kids and mothers can be painters.

More photos and posts will follow from my Berthe Morisot tour of the 16th. There are no more historical markers, but there is plenty of art history. I hope you’ll follow along.