Wine and history pair up well together, especially in France. More than anywhere else, the story of French winemaking is a lesson in history and tradition. Some French families have been making wine for dozens of generations. Don & Petie Kladstrup’s book Wine & War tells the story of how some of these families survived the two great wars of the 20th century. It makes for fascinating reading whether your interest is in history or more toward the wine. And if like me, you like both, it’s a must read. It makes a perfect companion for a wine tour in France.

Wine & War focuses on four French winemaking families: The Drouhins in Burgundy, the Hugels in Alsace, the owners of Lauren-Perrier in Champagne, and the Miaihles in Bordeaux. These are still some of the most prominent wine producers in France today. Their stories are triumphant and gripping, often involving deceit, risk and resistance in their battles to save their family legacies from theft and ruin by the Germans. In many cases, the winemakers even had to fight for their lives.

On my recent travels through Burgundy and Alsace, I brought along my copy of Wine & War and was able to make quite a few connections with the book. Here is a Google Map to save you the trouble of writing down the addresses and directions yourself. Our wine guide Tracy from Burgundy by Request (highly recommended) had read and enjoyed the book, so we were able to discuss some of these sites as we drove from town to town.

Burgundy: Maison Joseph Drouhin has been in the hands of the Drouhin family for the last 130 years. Today, the fourth generation of Drouhins (the great-grandchildren of Maurice Drouhin) maintains the caves at the same location as Maurice did during World War II, at 7 rue d’Enfer in the heart of Beaune. Wine tastings are available and highly recommended! 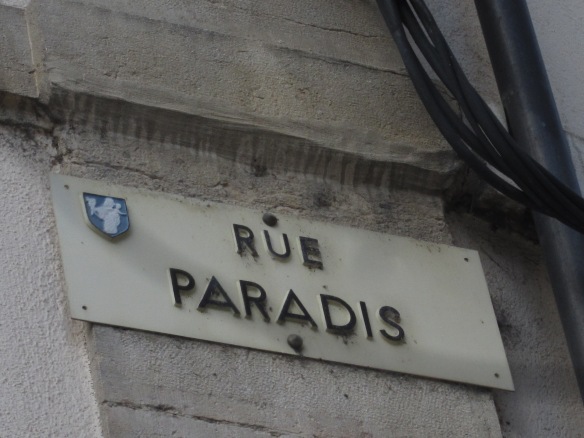 Burgundy: In one of the most dramatic passages of the book, the Nazis knock at the door to arrest Maurice Drouhin. Maurice has been prepared for this moment, and evades arrest by escaping through his tunnel of wine caves. He comes out of a secret doorway onto rue Paradis, and runs to the Hospice de Beaune just two more blocks away, where he hides out for 10 months.

“Even with a candle and his knowledge of the vast cellars, the darkness made it difficult for [Maurice] to find his way. On one of the four levels of passageways that made up his cellar, he finally found what he was looking for. Maurice brushed away the cobwebs and eased himself behind the wine racks; then he gripped the handle of the door and pulled. It opened easily. Stooping slightly as he went through, Maurice quickly made his way up several steps that led to the street outside,the rue de Paradis, or Street of Paradise.”

Burgundy: Hospice de Beaune. A hospital that owns some of the best vineyards in Burgundy. It has its own labyrinth of caves underground, and that is where Maurice Drouhin was able to hide from the Germans, no doubt with the help and confidence of his friends and fellow winemakers.

Comblanchien, A Village in Burgundy with a Tragic History

Wine & War includes the story of Comblanchien, a small winegrowing village in the heart of Burgundy. It was the center of much of the local Resistance activity. The locals Resistance fighters often sabotaged or blew up the German trains as they passed through on the main line from Paris to Lyon. In 1944, the Germans were on the run, but not before they retaliated against the village that had caused them so much trouble.

On August 21, 1944, the Germans attacked the village of Comblanchien, burning people out of their homes and their church. Eight people were killed, fifty-two houses were burned to the ground, and the church was reduced to a pile of ash. Some were able to survive by hiding in their wine caves while their houses burned above them. Twenty-three villagers were arrested and taken to Dijon for execution. Eleven of them were eventually freed, but the rest were deported to work camps in Germany.

Burgundy: The memorial in Comblanchien for the eight villagers who were killed in the German attack on August 21, 1944. The ranged in age from 72 to 18 years old. 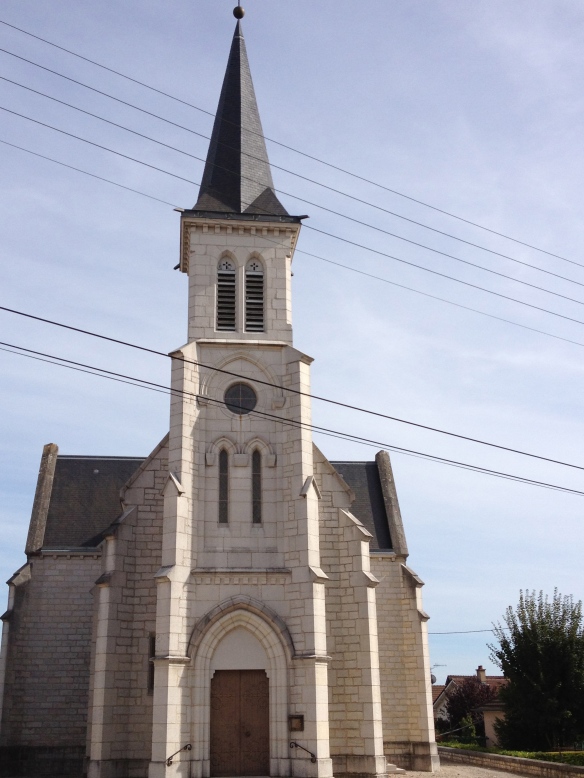 Burgundy: The “new” church in Comblanchien, built to replace the church the Germans burned to the ground in 1944.

Alsace: The Hugel Family of Riquewihr

The story of the Hugel family’s experience in World War II is particularly interesting because of their unique position in Alsace, which was annexed back into Germany in 1939. It had been French ever since the end of World War I, but the Germans returned and changed everything as soon as they could, from the language to the road signs and the even the names of the wine houses. Hugel et Fils became Hugel und Sohne. “If you even said bonjour, you could go to a concentration camp.” The Hugel sons were drafted into the German army, and the Hugels were forced to close their 300 year-old family business because Jean Hugel refused to join the Nazi party. In fact, Jean escaped to a hotel in nearby Colmar where he had pretended to be a member of their staff. 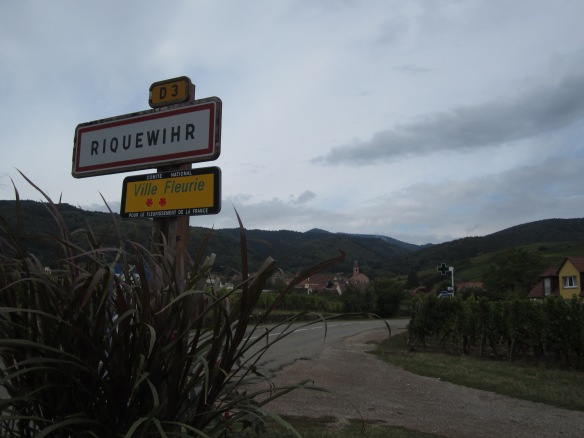 Alsace: Riquewihr, France on the Alsace Route du Vin between Colmar and Strasbourg. An absolutely beautiful town for a day visit. 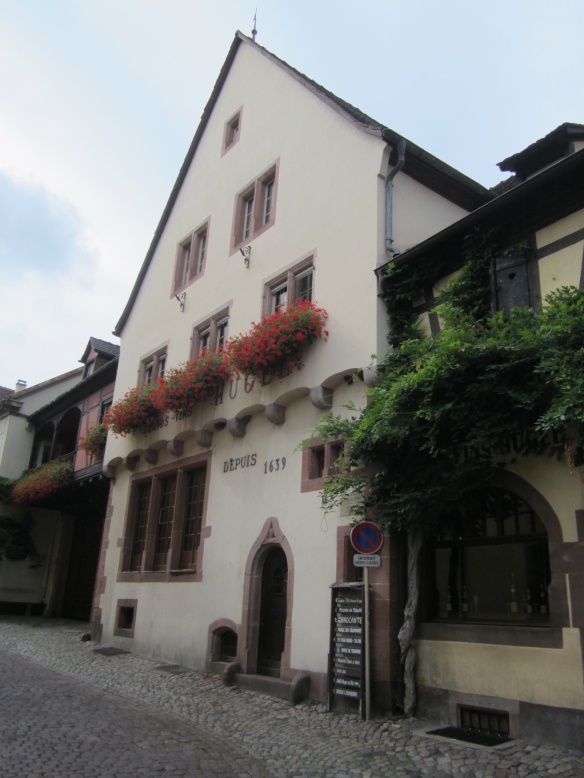 Here I am geeking out a little bit over the fact that I really did find the Hugel winetasting room. They even had a French copy of the book in their shop.

Note: I received no consideration for this post. I bought my own copy of the book and we paid full price for Tracy Thurling’s full-day Grand Cru wine tour, which we loved.