On recent travels to Austria, I remembered there was a Vienna connection to this book and I was determined to track it down. The Ephrussi family had owned a palace on the Ringstrasse. The last members of the Ephrussi family to live in it were Viktor, his wife Emma and their four children. You might remember from The Hare with Amber Eyes that Emma kept the family netsuke collection in a lacquered black cabinet in her dressing room.

After the Anchluss in 1938, the Nazis “Aryanized” the Ephrussi Palace and most of its contents. Viktor, Emma and their children made it out of the country alive, but both Viktor and Emma would die before the end of the war. What became of the palace after it was seized by the Nazis? Would it still be there? Who currently owns it?

I didn’t have to look far. A simple Google search took me to a Wikipedia page for Palais Ephrussi. It was there I learned that the palace survived World War II, although one wing had been destroyed. The building was in the American Sector of Vienna during the Occupation and housed the American Legal Council Property Control.

The Germans who occupied the building from 1938-1945 used much of the Ephrussi family furniture, as did the Americans during the Occupation, but “artistic and high-quality pieces that [were] unsuitable for office purposes” went to various museums in Vienna, including the Kunsthistorische Museum, the Naturhistorische Museum and the “Depot of Movables”. The Depot of Movables was used to furnish various museums and government offices in Vienna.

The surviving members of the Ephrussi family had to go to court to regain title to the building and its contents (reminding us of the litigation that was at the heart of Lady in Gold). By 1950, the palace and much of its contents were returned to the Ephrussi heirs. As we know, a maid smuggled the netsukes out of the house and hid them under a mattress. She made sure they were returned to the family after the war.

Unfortunately, Vienna had bad memories for the surviving members of Ephrussi family, so they chose to sell the palace. The building only sold for $50,000 (today’s dollars) due to its poor condition and Vienna’s economy at the time. For many years the building was owned by Casinos Austria.

Sadly, this palace now houses a Starbucks and a McDonald’s. It can be found at the corner of Schottengasse and Molker Basei, across the street from the University of Vienna. In the first photo below you can see the Votivkirche in the background. 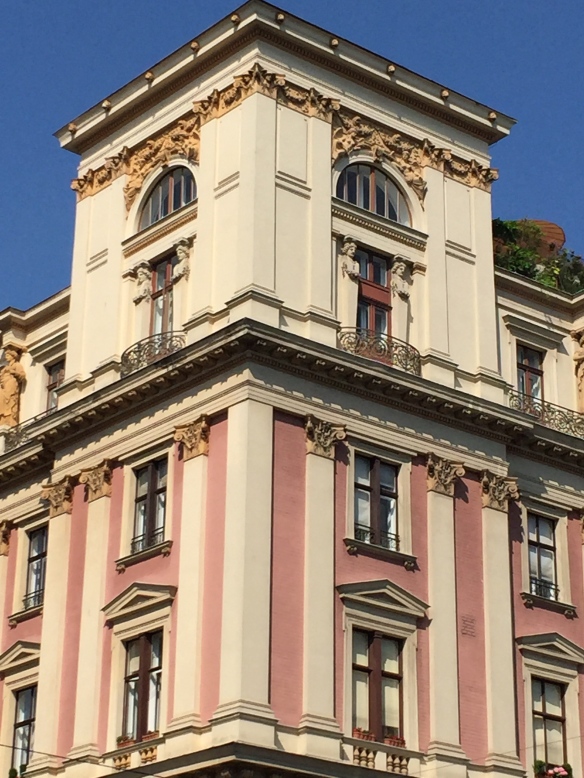 One more interesting note about the Ephrussi family. I came upon a website that shows there were some additional pieces of Ephrussi family property that were discovered in the “Depot of Moveables” as recently as 2000 that are still available for restitution.

Austria has certainly taken a long time to remedy the wrongs of the holocaust.

Bronze table.
Taken from the ‘aryanised’ apartment of Viktor Ephrussi
Held ready for restitution since 1999